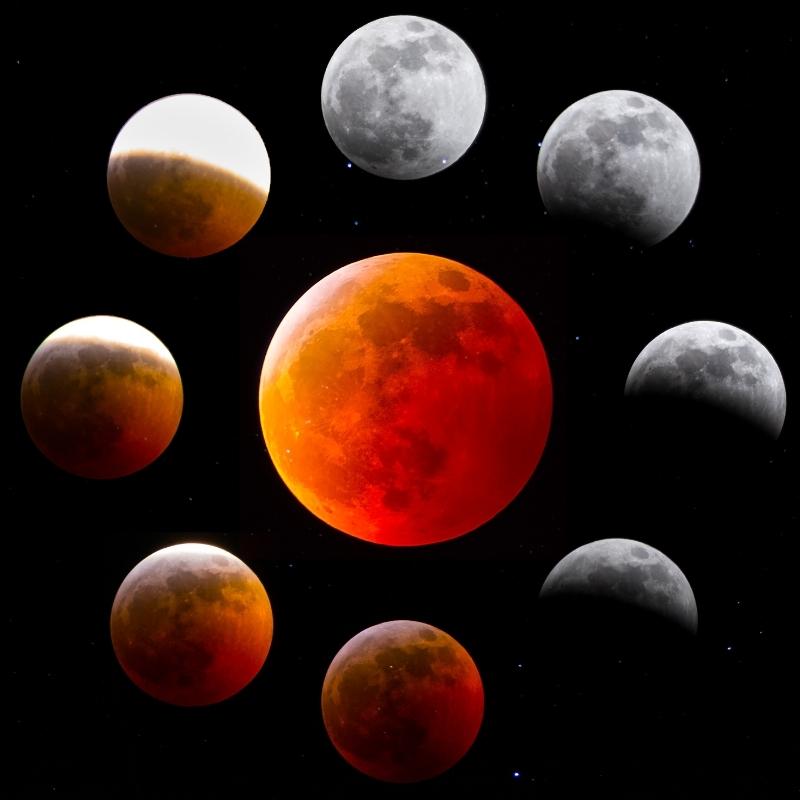 What are the Lunar Nodes?

From a geocentric perspective, the Sun orbits the Earth in one year, moving around it in a circular orbit along one plane, which we call the ecliptic.

Near this plane orbits the Moon, as well as the other planets, although not completely accurate, but with one obliquely placed plane with a deviation of 5 degrees in relation to the ecliptic.

In the projection of the fixed stars, the solar orbit (ecliptic) and the orbit of the moon are divided into two parts, which lie opposite each other in the zodiac.

The intersections are called the Nodes of the moon. During his orbit around the Earth, in 28 days the Moon intersects the Sun's path in a south-north direction. We call this section the ascending or North node of the moon.
And likewise, 14 days later, the Moon intersects the Sun's path in the north-south direction, and we mark this point of intersection as the descending or South node of the Moon.
The lunar node does not retain its place, but is constantly moving in the east-west direction, that is, in the opposite direction from the zodiac, and this gradual advance in one month is 1½ degree. The orbit of the Moon's node through the zodiac lasts 18.6 years.
That is a relatively long movement, when equated with the movement of the planets. The speed of the Moon's node is between the speed of Jupiter and Saturn. Jupiter's orbit around the zodiac is about 12 years, and Saturn's orbit around the zodiac is about 29 years.
Everyone is born with the position of the Moon's node, both in the sign and in the astrological house or field. The influences of the Moon's nodes on the destiny of man as they move through the zodiac are repeated every 18.6 years.